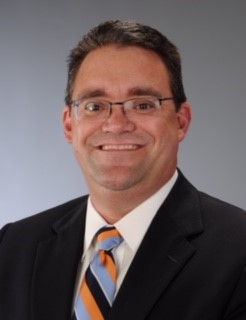 Stephen Ellis serves as the executive vice president and director of personal banking for MidFirst Bank.  Stephen joined MidFirst in 1996 as a financial analyst and has served in several roles at the bank since.  Stephen manages 70 branches in Oklahoma and Arizona along with MidFirst’s contact center and has worked in the financial industry for over thirty years.  Stephen is a graduate of Oklahoma Baptist University in Shawnee, Oklahoma and participated in Leadership Oklahoma Class XXIV.  Stephen serves on advisory boards for the College of Business at the University of Central Oklahoma and Oklahoma Baptist University and has served on various boards and charitable organizations over his career.  Stephen and his wife Kristen, who teaches in the Edmond Public Schools, reside in Edmond with their two daughters, Kyla and Karli.  Kyla was elected as a 2019-2020 DECA State Officer and is active in Edmond Memorial High School’s DECA program.